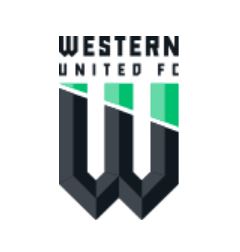 As well as A-League success, the Club is dedicated to growing the world game in our region, building a team to win trophies, excite fans and be a club that everyone in the West can genuinely be proud of. The club will soon also include a Professional Women’s team in the W-League and an Academy / Junior structure for both genders.

With a commitment to creating world-class football infrastructure, WUFC gives the huge football community in Victoria’s Western Corridor a new, vibrant identity at the elite level of football in both Australia and Asia. And strong day-to-day involvement in the local community will be a core focus for the Club.

In our first season, WUFC will play home games in Geelong at GMHBA Stadium and in Ballarat at MARS Stadium, before moving to it’s brand new purpose-built stadium and precinct in Tarneit. The new stadium will be a globally-respected facility providing pathways for young Victorian football participants, as well as being part of a leading lifestyle precinct that brings opportunity, employment and enjoyment to the people of the West.

Many dedicated football fans have waited a lifetime for this! We invite everyone in the West to be part of season one, to join up as a member, and say for the rest of their life, “I was there from the beginning!”